My Life with Karen of Central Florida: Letters to the Editor

* Jim Hanson, a local resident under an assumed name, requested anonymity in posting this letter.

When the late great Tennessee Williams wrote glass zoo, painted a portrait of a dysfunctional family. In this quintessential American tale, an elderly southern belle lives in a small town apartment where her son is the breadwinner of the family and struggles to care for his disabled sister.

Despite being an adult, his controlling mother seeks to control every aspect of the family, subjugating every resident to her tyranny, eventually leading him to abandon the family.

We witness in the work of Tennessee Williams perhaps the first example of what many today refer to as Karen.

Everyone knows the typical behavioral features of Karenis, the common threads connecting the species: “I want to talk to a manager.” “The service is terrible in this restaurant, nobody wants to work anymore…stupid” Millen-yules. “What are you doing next to me?”

Karins come in all shapes and sizes, and include a mindset of more than just gender or ethnicity, although most tend to be white, female and baby boomers.

Although some view the term pejorative as a sexual insult, others, like me, live with Karen, and know that the comedic stereotype is unfortunately more true than false.

Karen’s essence can be summed up in one word: entitlement.

When their parents returned from the war in 1945, Jill Karen experienced one of the largest economic surpluses in history. The war generation, whose experiences of adolescence and childhood in the Great Depression – which shaped their thinking – hoped for a less strenuous upbringing of their children – were far better than they experienced in their younger years of poverty and turmoil.

Thus, the world of Brady Bunch was born, and with it the selfishness and entitlement of the Baby Boomer generation – and thus, a new kind of human being: Carinos americanos.

Life with Karen includes the five.

Not surprisingly, many Karen’s hoard things in their homes, a disorder that psychologists refer to as being driven by selfishness. In my house – which I currently co-own with Karen – piles and piles of scrap lie in mountainous piles with enough unused clothes and miscellaneous things to start a thrift store. Organize or dispose of excess garbage, the police will be called. 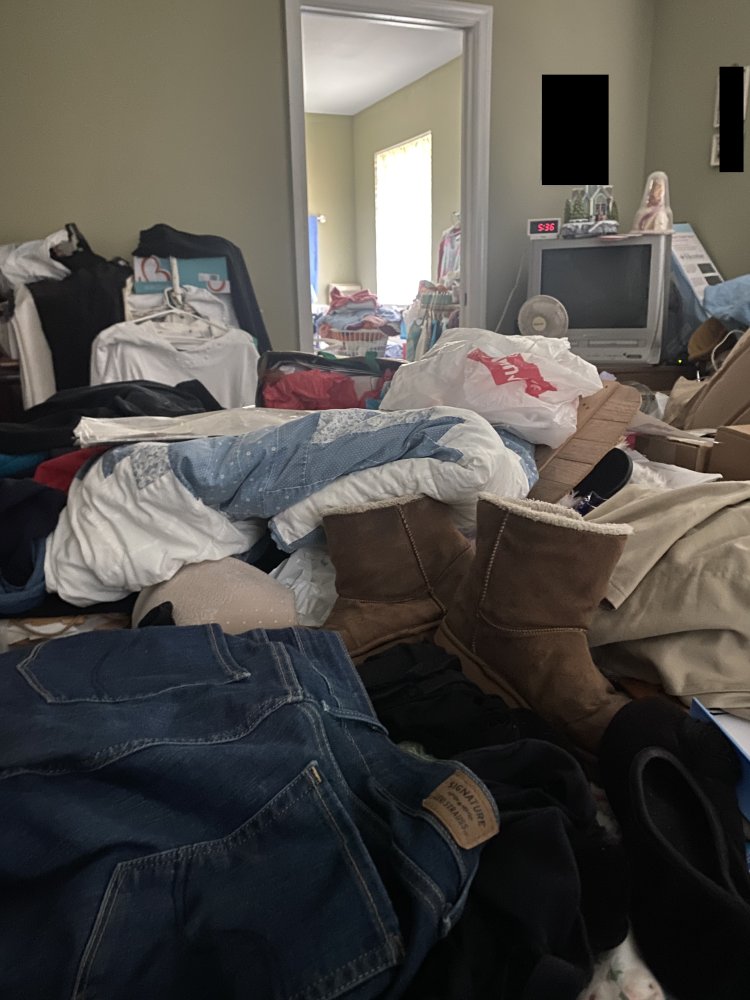 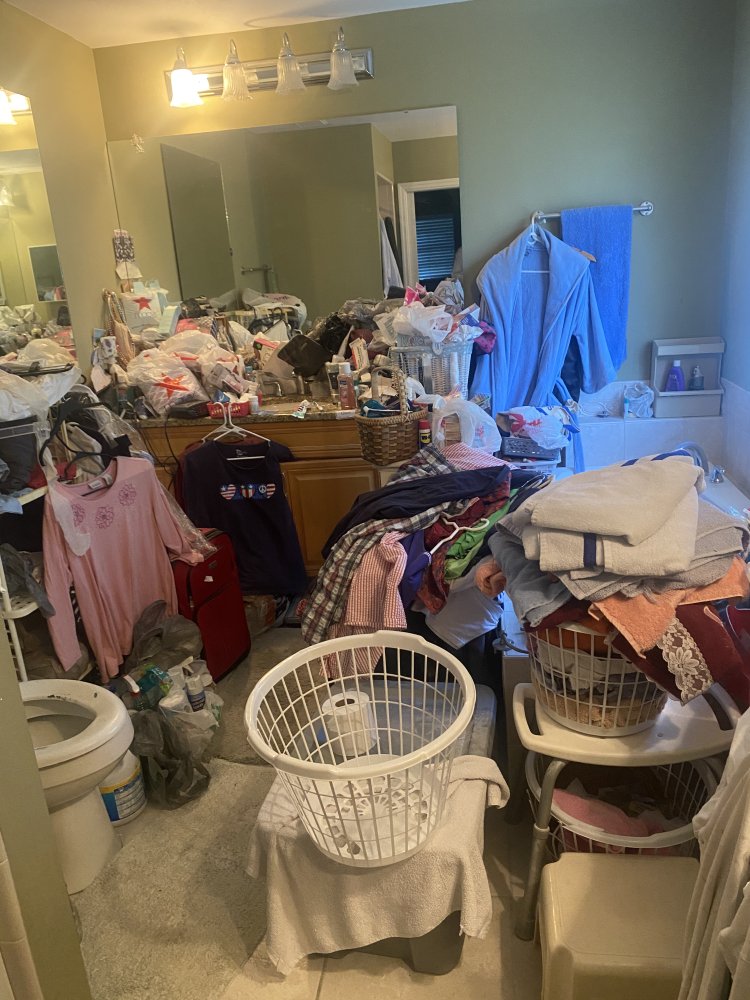 Pictured: the natural habitat of the American Karen

But the frivolous call for law enforcement by Karenz is not isolated from home life. This trait extends to the neighborhood and the community as a whole. A black man walks in the streets and local authorities are alerted of an intruder. A Hispanic is trying to get into his apartment complex, and Karen locks him at the phone door without hesitation. We’ve all seen and heard the examples on social media and television.

For the typical Karen, such individuals are worth teasing because, after all, “I’m different. I’m better.” And because “I am better, I am entitled to the best treatment.”

A similar situation happened with my Karen recently. A Muslim man applied to be a tenant on our property. Despite the legal issues, my Karen decided to categorize the individual racially and religiously by asking where they came from and what faith they upheld as part of the criteria for the application process.

As soon as I pointed out that this behavior violated federal regulations regarding fair housing, Karen began to get angry. In Karen’s mind, she couldn’t be wrong. Thus, when dealing with new information, Karen immediately begins to throw threats and vitriol, perhaps even turning to religion as a collective background.

This suits Karen well, especially in a home where others are not very religious. After all, since they are the standard bearers of religion – and God is always right – their opponents should be on the other side of decency.

“God will strike you with lightning.” “You will burn in the lake of fire.” “God will disappoint you.” These are the clear signs of a religious Karen.

But perhaps Karen’s worst trait is her susceptibility to media manipulation and conspiracy theories. A recent study conducted by European Journal of Social Psychology He shows that belief in conspiracy theories often stems from extreme selfishness and entitlement as well.

Based on a series of questionnaires and mental examinations, study results show that individuals who hold conspiracy theories about COVID-19 are more likely to be motivated by self-worry, even at the expense of their neighbors. Conspiracy theorists were, in general, more inclined to practice hoarding, (predictably) less likely to endorse vaccination, and less concern for the well-being of those close to them—in keeping with the typical Karen American profile.

Pictured: A group of Karens gathering in support of the QAnon plot recently in Dallas/Courtesy: AP

Dealing with these problematic behaviors and thought processes remains a huge dilemma for those of us who have family and financial ties to Karens.

In person, overcoming Karen’s manipulation and madness may seem, quite simply, insurmountable. But Karens is demographically and economically—a change that not even John F. Kennedy Jr. or QAnon downtime.

Unrealistic requests for service in restaurants, bars, and grocery stores may reach the point of metastasis. The ubiquity of technology requires a change in how business and society operate.

Karens no longer receives the service they once had at Steak ‘n Shake and Denny’s, many of which have replaced servers with robots.

Perhaps the rapid increase in Karen-like rings on planes and in stores is due to the pressure this demographic is feeling in terms of technological development and their reasonable lifestyle.

But Karen’s entitlement and narcissism run much deeper than simple complaints in a restaurant. They strike at the heart of our political disputes today.

Karen will oppose programs like the Affordable Care Act as a “distribution” but at the same time claim “all the benefits to which she is entitled” when they turn 65 and qualify for Medicare and Social Security.

Meanwhile, the same people Karen’s would scold at restaurants for being lazy servers and stupid Millennials are paying Karen’s medical bills with their payroll taxes.

The greedy economy invented by Jill Karen is now sitting on the edge, and chickens are coming home to stay. Unfortunately for the rest of us, the beautiful revenge may never come to pass in their lifetime.

By the time the apocalypse arrives, the Karens family will likely have passed, unable to witness the full scope of the chaos and destruction that left in its wake.

Content in the “Letters to the Editor” category of the post does not necessarily reflect the views of OrlandoLocalNews.com or our writers.