For years, the property has suffered from a lack of economic opportunity and pests, but the future of the dilapidated Fashion Square Mall near Balwin Park now lies in the hands of the Orlando Municipal Planning Board. Recently, plans were made to convert the mall into an outdoor city center such as Winter Park Village.

“We finally have someone with a solid plan and the money behind it,” Commissioner Robert Stewart said in a recent interview. Plans include 2,400 apartments (in yellow above) and 120 hotel rooms. Existing loss-prone tenants such as JC Penney and Dillards will be disposed of although Macy’s will remain.

The idea is being promoted by Orlando YIMBY, a non-profit organization dedicated to promoting mixed-use properties. attirerneys is offering architects Bancorp and Baker Barrios a redevelopment of the property that will occur in three phases.

The Orlando Municipal Planning Board will release more information about the project in the coming weeks and months on their webpage. 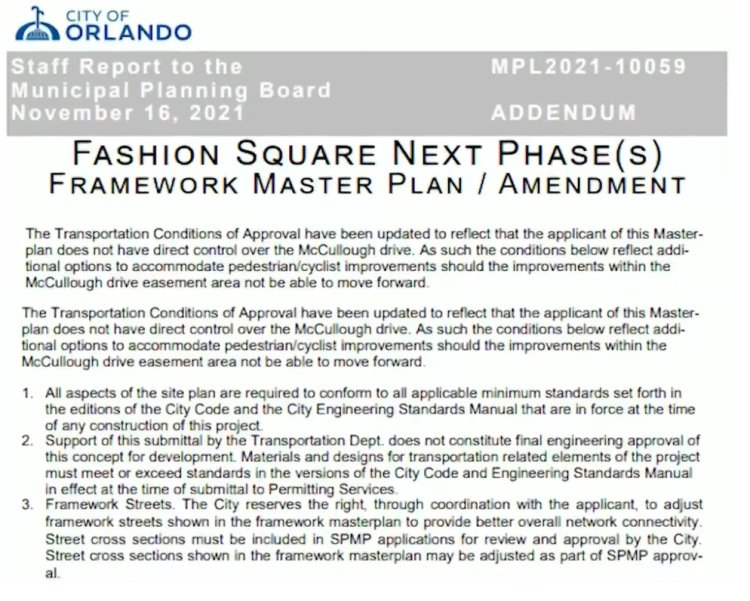